June 5 is World Environment Day 2021, organized each year by the United Nations to raise public awareness of the urgent need to preserve our planet. This is an opportunity for Servier to reaffirm its commitment to reducing its environmental impact throughout its value chain and to present its projects in terms of climate contribution.

According to the World Meteorological Organization, the year 2020 was, along with 2016 and 2019, the hottest year in modern history.1 The Covid-19 pandemic has not slowed the phenomenon and has even accentuated the devastating effects of global warming – with industrial production in some countries resorting to cheap and highly polluting energy sources to cushion the economic shock of the crisis. The evidence is clear: by 2021, CO2 emissions from factories are expected to increase by 1.5 billion tons.2

Faced with the urgent need to act on global warming and aware of its impact on the environment, Servier is committed to reducing its carbon footprint by 25% by 2030 through its “Servier Climate Commitment” program.

The Group’s strategy to achieve this objective has been validated by the SBTi (Science Base Targets initiative), a recognized international organization that supports companies in their climate transition, in line with the trajectory defined by the Paris Agreement at COP 21 (<2°C by 2030).

In response to this major challenge and in order to reduce its greenhouse gas emissions, a number of actions have already been taken: the regeneration of solvents on certain industrial sites, the increasing use of maritime transport to transport and distribute medicines, the energy renovation of buildings, and the purchase of green energy in Spain as well as the installation of solar panels on the Anpharm (Poland), Arklow (Ireland), and Toledo (Spain) sites.

The results are encouraging, with, in particular, a constant energy consumption (-1.25%) at the industrial and R&D sites in France for the 2019/2020 financial year, while production has increased. 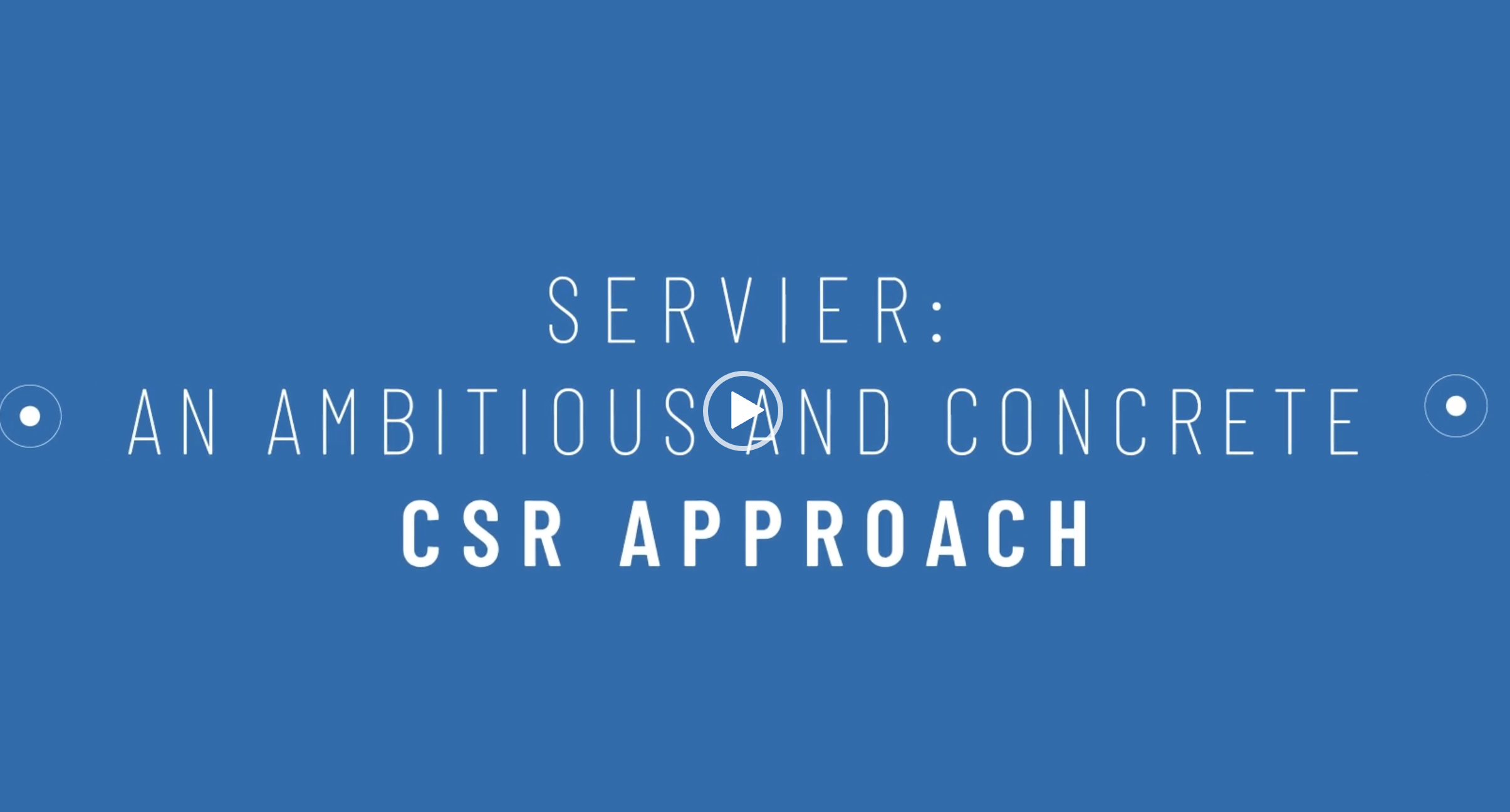 At the same time, the Group is progressively committing to a climate contribution approach by financing projects that capture or limit carbon emissions. Stéphanie Barat, CSR project leader at Servier, explains.

What is your climate contribution approach?

S.B.: In addition to the reduction approach, Servier also aims to gradually offset part of its residual emissions. In this context, and in partnership with the Eco-Act firm, the Group committed itself at the beginning of 2021 to a long-term climate contribution approach by financing projects that allow the capture or limitation of carbon emissions. This first year, 15,000 tons of CO2 equivalent have been offset as a result of these two certified projects

What are the two projects in question?

S.B.: The “Floresta de Portel” reforestation project in Brazil, which aims to protect a fragile ecosystem by preventing deforestation, thus allowing the forest to regenerate; and the “Windu Volkani” project in Indonesia, which consists of developing renewable energy with the construction of a 117 Megawatt geothermal power plant. In addition to their contribution to the climate, these two projects allow the development of equitable and sustainable income-generating activities, offer employment opportunities in local areas, provide training in the preservation of biodiversity, and maintain the health and safety levels of communities.

Initiatives in favor of the environment

Servier aims to reduce environmental impacts throughout the value chain. This ambition is led in particular by the CSR project EcoDesign by Servier, which aims to integrate the principles of eco-design into the major stages of the life cycle of a drug, from R&D to its disposal, including the choice of raw materials, manufacturing, and use.

In order to reduce the volume of waste produced each year, Servier has produced a guide of best practices to encourage its recovery and limit the use of landfills. For example, the Arklow site in Ireland has had zero landfill waste since 2013. In France, 60.93% of waste from Servier’s industrial and R&D sites is recycled (FY 2019/20).

Concerned about its impact on biodiversity, Servier is also committed to ensuring that its presence in the different regions is consistent with respect for ecosystems. This ambition is illustrated in particular by its future Servier Research and Development Institute in Paris-Saclay, for which the Group is aiming for BiodiverCity® certification, the first international label that takes biodiversity into account in real estate projects.